SV2G Making History in the UK 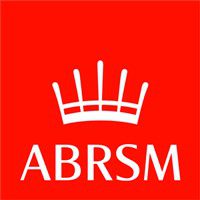 In  July 2009,  High Wycombe hosted two Steelpan Examiners, Dr Anne Osborne and Mr Jessel Murray from the University of the West Indies along with the Associated Board for the Royal School of Music. Wycombe Steel Orchestra made history taking the first Steelpan graded examinations in the UK.  All participants passed whilst under careful observation by the Syllabus Director Nigel Scaife and a senior examiner for the Board. Participants included two members from the Steelpan Academy in Warwickshire.  The examinations are part of the SV2G Steelpan in Education Project which scooped £50,000.00 investment by the Arts Council England in 2007.

Chairman Jacqueline Roberts said “The project has proved to be very successful with examinations taking place marking this year’s anniversary of 40 years of the steelpan instrument in UK schools.  We have worked hard as a team in collaboration with many stakeholders to deliver this historic project, and looking forward to the continuation of our work in the UK with UWI. This project has also recognised and celebrated the creative achievements of young people. It’s a celebration which offers encouragement to the next generation of a rich, diverse heritage of young people to continue exploring and developing their creativity.”

UWI examiner Mr Jessel Murray concluded that “It was a pleasure to embrace this opportunity to be the first examiner of the UWI administered exams for steelpan instrument in the UK sponsored by the SV2G programme.  I had no pre-conceived notions of achievement here since I had already been aware of the well-planned work of the Wycombe Steel Orchestra sponsored by SV2G.  Indeed the quality of the candidates was in Parr with many of the schools of steelpan playing, that I have examined in the West Indies; strong technical playing; well prepared and willing students; and a well prepared examination site.  I look forward to the next batch of candidates, confident of an even larger band and the maintenance of the high standard of achievement.”